Introduction to World of Tanks gaming

World of Tanks was developed by the game studio Wargaming and was released in 2010, though it has expanded massively since then and has more recently moved to the various console platforms, as well as it’s original PC release.

It was in 2012 though that it debuted as an eSport during the World Cyber Games. Since then it has grown massively as an eSport format and is now one of the biggest games in the e-sports tournaments arena.

In fact, in terms of player numbers, it is larger than any other. The World of Tanks game had 75 million registered players worldwide and a peak of 1.1 million simultaneous players. They also have the Guinness World Record for the number of simultaneous players on a single server.

The tournaments in World of Tanks are a lot smaller than the likes of League of Legends though with smaller prize pots, however it is still growing as an e-sport and with these sorts of numbers is a great place to get involved in eSports betting.

How to play WoT

World of Tanks involves a team of players (between 3 and 15, depending on the tournament) that each control their own armoured vehicle in a battle against one other team.

A battle is played across a single map, with a battle generally lasting between 5 and 10 minutes. Tournament matches may involve best of 3 or 5 battles though.

To win a battle one team must either:

Teams will each start the battle in their own base and must use a mixture of types of armoured vehicles and strategic movement and teamwork in order to gain the advantage over the opposition and achieve victory. 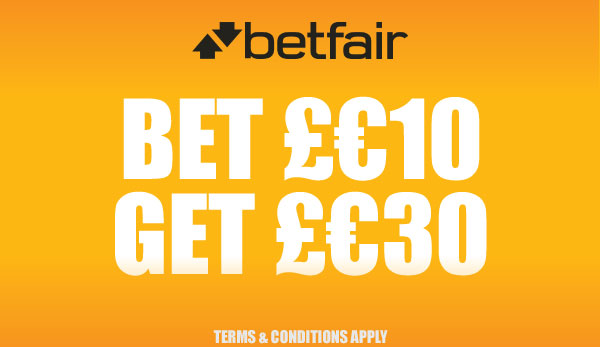 If you’re looking to bet on eSports then World of Tanks is a great option. It requires a high level of strategy and teamwork in order to be successful which leads to good stats for analysing chance.

Matches also have a lot of exciting tank-based action and battles don’t last too long which makes for a great spectating opportunity and allows for quick returns.

If you want to be successful in your esports betting though, you’ll need to understand some key information. Don’t worry, we’ve got you covered with this below.

In World of Tanks different tournaments use different match formats. Additionally, because there is a greater possibility of draw results in individual battles, the formats are slightly different than in most other eSports games.

There is some consistency in the formats of tournaments generally though between the group stages/league tournaments and playoff stages.

Group stages of tournaments or tournaments that follow a league format generally use a best of one battle format.

This means that each team will have a one off battle, usually of around 7 minutes in length against each team in their group/league.

This format offers some fast paced, high stakes battles that can be great to watch.

However, this also makes these battles a little tough to bet on, as in a single short battle you are always subject to a certain amount of luck.

This is especially true if betting on a match winner as draw results also come into place on World of Tanks where they don’t in most other esports.

Betting on the overall winner of a group or league is generally a wiser option in this situation as that will help reduce the impact of random chance.

When it comes to the knockout stages of a World of Tanks tournament you don’t generally see best of one battles.

A typical format is to have a first to three wins format. However the teams involved will have a maximum of ten matches in order to achieve those three wins. If neither team has three wins by the end of the ten matches then both teams are knocked out.

This format can lead to a much longer match, if you have 10 7 minute battles then that is over an hour of your time for a single match.

However that is the worst case scenario and overall isn’t that bad compared to games like Starcraft 2.

These types of matches are much better choice to gamble on. The likelihood of a lucky win for a weaker opponent is small and so by analysing the form, stats, etc. you can make a wise esports bet.

If you want to gamble wisely on World of Tanks you’ll need to make sure you research before placing your esports bets.

This might be finding out the latest news on a change of roster in a team, a team’s form going into a match or learning the matchup history between two teams.

Using the streams and videos we’ve linked on this page is a great place to start but really you need to find the facts.

All the wise betters get the stats of a matchup and analyse them to find where the value is in a bet.

You should always ensure you checkout the teams form, any matchup history and it’s also well worth looking to see if there has been any changes to a team’s roster as that can really mess up teamwork.

Once you’ve done so, we have the very best World of Tanks eSports betting sites, right here.

You’ll get all the very best odds from all the tournaments that are offering the possibility for placing a World of Tanks bet.

So do your research, bet responsibly and enjoy yourself.

Even though World of Tanks tournaments don’t have the same sort of prize money as many other e-sports there are still a lot of tournaments that run the year round.

And thanks to its huge user base there is also a wide variety of betting opportunities from most eSports bookmakers for anyone wanting to make an e-sports bet.

You can see a range of past, present and upcoming World of Tanks tournaments available to bet on below:

No current 2016 tournaments to display - check back soon

No recent tournament results to display

YouTube Gaming and Twitch are both filled with some excellent channel’s for watching live and pre-recorded WoT matches as well as tutorials to better understand the game.

Head over to the best World Of Tanks betting site and enjoy all they have to offer.